A worrying dichotomy between what was happening on his family’s farm and the way the beef industry was being spoken about inspired Mark Davie to join the sustainability conversation. 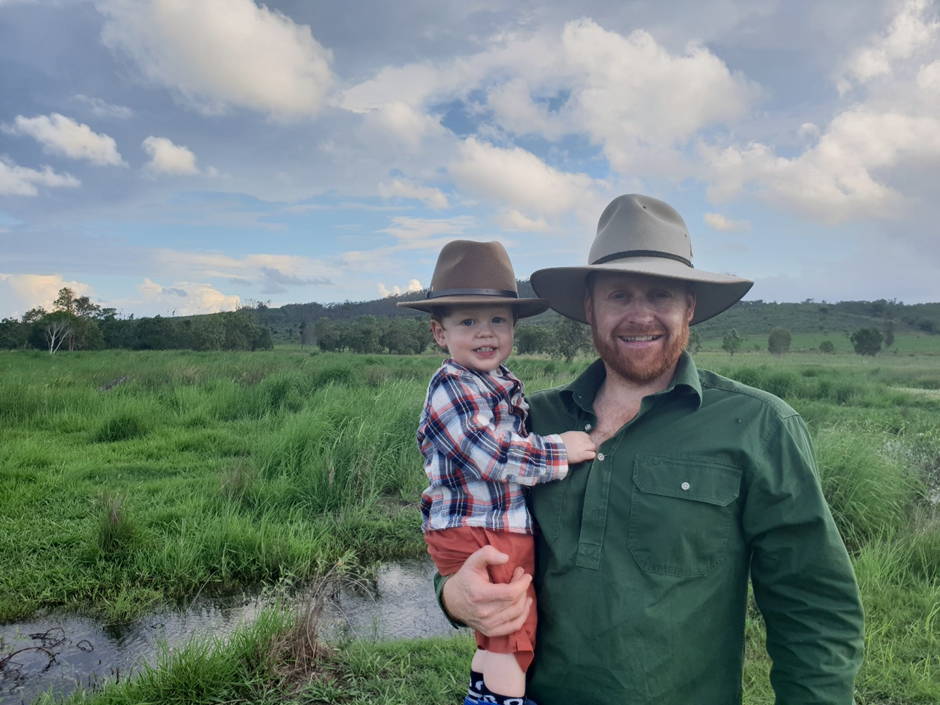 IT was the realisation there was a worrying dichotomy between what was happening on his family’s Central Queensland farm and the way the Australian beef industry was being talked about in the public forum that first drove Mark Davie to step into advocacy and the sustainability conversation.

For him, the tipping point came when the Queensland Government’s Statewide Landcover and Trees Study (SLATS) identified the region as a deforestation hot spot after the family had removed 2000ha of cyclone-damaged, lantana-infested forestry to make way for sustainable beef production. What Mark saw on the ground was not a damaged environment, but an explosion of native animals and biodiversity.

“I guess what really got me involved was living on a property and seeing the emus, the bustards, the finches and even brolgas thriving alongside beef production, but that not matching the messages that were out there about what we do,” Mark said.

“It just gave me a very unsettling feeling.”

Since that time six years ago, Mark has committed to helping build both the industry’s verifiable sustainability credentials and to reshaping the public dialogue surrounding beef production, including taking on the role of Chair of the Australian Beef Sustainability Framework’s Sustainability Steering Group in November 2021. He is also a Director of AgForce Queensland’s Cattle Board and has sat on committees of the Global Roundtable for Sustainable Beef.

What motivates him is simple.

“What we are up against is unsubstantiated messages from competitor proteins or from plant-based meat, or from people who are opposed to the beef industry, so to make people feel good we need to understand their concerns and where we currently sit in sustainability – and how we can continuously improve.”

The power of cattle in the environment

Mark operates Yeppoon-based food manufacturer Keppel Brand alongside wife Kelly Newton, and supplies food service, takeaway, and convenience products to more than 14,000 outlets throughout Australia. Mark and Kelly, with their children Alexander (4) and Elizabeth (1), are also involved in a family grazing enterprise west of Rockhampton.

With this broad exposure to stakeholders across the value chain, and a background in biotechnology and science, Mark believes data is at the heart of forging greater understanding of the active role beef production plays in environmental wellbeing.

“We are now starting to understand the power of cattle in the environment to help manage introduced weeds and pests, and we should be striving towards a time when you buy a steak from the shelf and know that some of the proceeds of that will go towards managing land – something that has really not been recognised before,” he said.

“However, our footprint as an industry is half of Australia and we need to figure out exactly how we can best measure and capture data around biodiversity, carbon and ecosystem services across an area this diverse and large, to prove we manage our land not just for production but also for the environment.

“The ABSF is a great way to communicate what we do because using it we can take some of those complicated measures and reduce these to indicators against which we can demonstrate performance and continual improvement.

“Our challenge is deciding, as an industry, what are the best data and indicators to monitor and track our sustainability journey for our customers.”

“Beef is now an expensive product, in part because of the way we produce it – it’s not heavily industrialised and uses a lot of open space – so if we can communicate the sustainability benefits of our production system this will help grow the perception of quality and value in the product we are selling.

“On the global stage, it’s also important that we communicate the value of the way beef is produced here, and how it is unique to how it is done in Europe, for example, and link with other countries who have similar production systems to tell our sustainability story, to grow and protect market access.”

Nutrition part of the sustainability story

Including nutritional value and the contribution beef makes to human health should also be included as part of a rounded measure of sustainability.

“Very often when people think about sustainability, they simply think about a tree, but we have endangered grasslands, we have wetlands, we have places where invasive trees actually impact endangered species and the challenge will be to encourage people to look at that and to round out the conversation of sustainability, because it’s very carbon-focused at the moment,” Mark said.

“This extends to talking more about the actual product we produce that people are putting in their mouths and I think the ABSF can also play an important part in showcasing the nutritional profile of beef and its role as a critical source of nourishment.

“Beef is not just a protein source; it is a nutritional powerhouse packed with nutrients and vitamins in their most bioavailable form.”

Now, with a three-year term as Chair ahead, Mark said he would be building on the significant work already undertaken by those who have served on the SSG since inception in 2016, including immediate former Chair, Tess Herbert.

“I think our priority is now finding the best metrics to measure our industry and then focusing our efforts to fund the best indicators, and then transparently and inclusively sharing accurate messages about the critical contribution we make to sustainability and the health of the Australian landscape, animals and communities.”