Innovation the key for decarbonised future

Innovation the key for decarbonised future 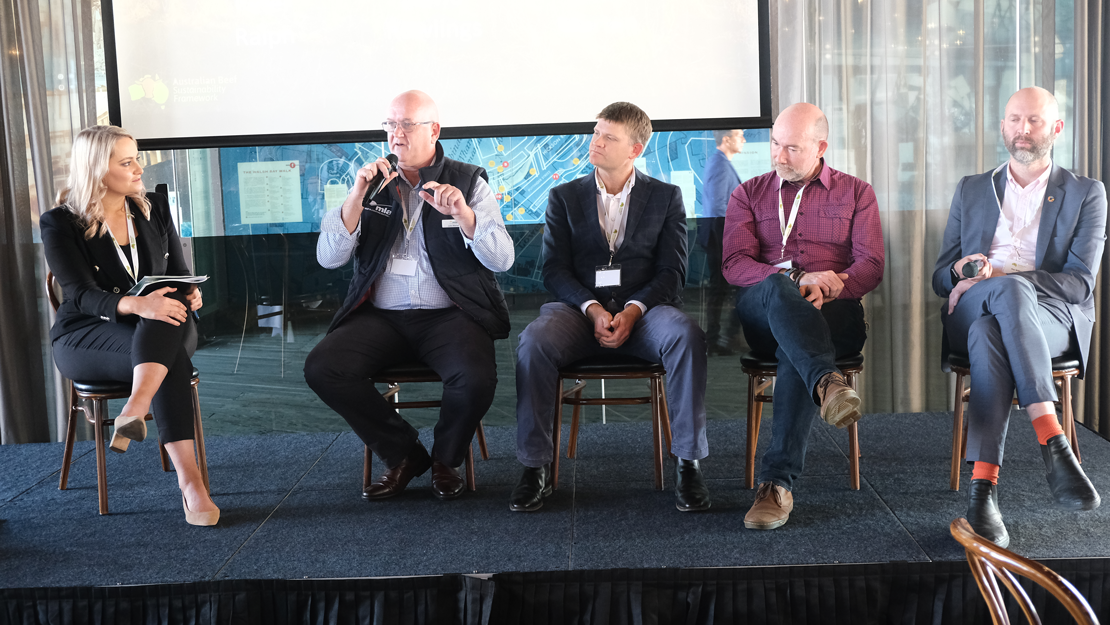 SOME of Australia’s leading minds working in agricultural innovation shared the stage at the ABSF 2022 Annual Update launch to discuss work being undertaken right here that could have global significance to sustainability, particularly in biodiversity and emissions.

Guy Williams, Deloitte’s Asia-Pacific Nature Lead, said it had been an unprecedented 18 months in terms of the interest from the business sector in biodiversity and nature off the back of global climate commitments.

“Many organisations have been collecting data and reporting data to meet different sustainability needs and the chance to turn that into opportunities and new markets around monetising natural capital and environmental assets, that’s where we’ve seen interest at a global level.”

“That’s put many within the sector within Australia in a really good position.”

“There are massive, massive technologies in the universities. We need to be coming to meetings like this, putting the technologies on the table, working out which parts you are willing to engage with and which you think makes sense.”

A prime example has been the partnership between Meat and Livestock Australia (MLA) and UTS following the success the university had in helping a Sydney brewery capture carbon through the brewing process.

“One of the simplest organisms on the planet that we can use to capture that carbon is algae,” Professor Ralph said.

“Developing the technology for capturing carbon from the brewing process was moderately straight forward. We did that in the first year or so of working with them.

“The impact globally has been phenomenal - the number of breweries from around the globe who have contacted us wanting that technology.”

The next step, with funding from MLA, is linking up that work to the livestock industry.

“It will be very, very exciting when we can contribute to methane reduction for the Australian cattle herd,” Professor Ralph said.

“It’s almost like circularity because brewers emit CO2, which is captured by the algae. Then we have a second bite at the cherry by feeding that algae to cattle which reduces their methane. Unbelievable sustainability.

“So, I want to find breweries close to cattle farms. I want to use feedlot waste. I want nutrients. I can capture huge amounts of carbon but I’m going to run out nutrients - nitrogen phosphorous. Nitrogen phosphorous is going down the drain through human sewage and agricultural waste. Feedlots are awesome places. So, imagine if we had regional hubs where there was a feedlot, we captured their waste, we captured their carbon, we made products and we distributed it locally. There are endless products.”

Searching for value in the ‘fifth quarter’

MLA Program manager of Food Innovation, John Marten, outlined some of the other projects being funded, including one that seeks to achieve more value from the carcase.

“The literature will tell you that 80 per cent of the value is only derived from 20pc of the carcase,” Mr Marten said.

“We started to call it the fifth quarter, which is a bit confusing for the guys in finance, but the whole idea is let’s put a value to the 80pc of the carcase that currently attracts little or no value. Let’s understand what’s sitting in there and what elements of that low value, or fifth quarter, are in there that we can extract greater value from.”

He said one area of MLA-funded research showing promise is collagen extraction from bovine hides, particularly given Australia is a net importer of collagen.

“Excitingly, in the next 12 months, they’ll be moving into commercial applications,” Mr Marten said.

“So, all of a sudden instead of being a net importer of collagen we can be a manufacturer of collagen and we can start exporting collagen to all parts of the world.”

David Rowlings, a soil scientist and Associate Professor at Queensland University of Technology (QUT), said the commitment by the beef industry to be carbon neutral by 2030 had “kickstarted” research and development in the field.

He said there were many existing technologies that could help, such as flux towers, which monitor carbon dioxide changes in the atmosphere.

“Flux towers have been around for 30 years but they’ve never been applied to industry. How can we use this tool to answer an industry question? That’s where I see the exciting movement in this space in the future.

“Another one in terms of biodiversity is acoustic sensors.

“A cheap $300 sensor we can put out there records anything that makes a noise – birds, bats, frogs, insects. We can get a snapshot of what that biodiversity is there.

“It requires a fair bit of smarts from the computer science end, but certainly for things like koalas, they can protect koalas much more easily with this technology than sending someone out into the field.

“There’s all these technologies out there that are moving to that point where we can implement them within the industry. There’s not going to be one single technology that’s going to be the answer for everything it’s going to be a suite.”