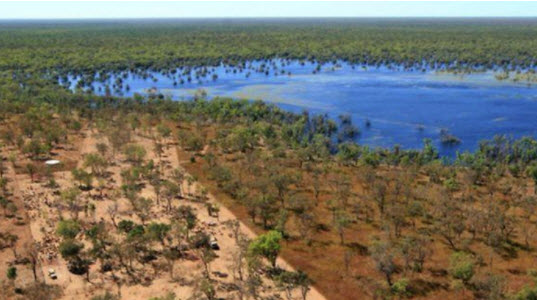 “Our herd is currently 30% polled and this polled population continues to increase, with the aim of achieving near 100% polled in five years so that dehorning is not required”. - Gary Riggs

Gary and Michelle Riggs, beef cattle producers on Lakefield Station in the Northern Territory, have been transitioning their herd to have the poll gene for several years.

The poll gene allows cattle to be born hornless and is increasing profitability and animal welfare by allowing producers to avoid dehorning practices, says Gary.

“We breed some of our own polled bulls, due to the limited availability of polled genetics on the market. Our herd is currently 30% polled and this polled population continues to increase, with the aim of achieving near 100% polled in five years so that dehorning is not required," he says.

“We are committed to operate in a holistic environmental and economically sustainable way in Northern Australia.”

The poll gene is created through biotechnology; scientists have genetically edited the genes of livestock allowing it to be bred into herd populations.

Polled cattle born hornless omits the need to dehorn the cattle. Producers dehorn their cattle to avoid risks of bruising, hide damage, elevated work-place injury. The poll gene offers the opportunity to producers to avoid dehorning itself, which can result in stressed cattle, weight loss and calf mortality.

Producers introducing the poll gene to their herds are reporting profitability benefits as well as improvements to animal welfare. Productivity losses post-dehorning have been reported as high as $47/per head.

The Australian Beef Industry Framework is tracking the percentage of the poll gene in the Australian cattle herd under enhanced animal husbandry techniques to improve animal welfare.