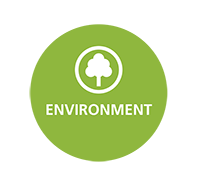 “At the end of the trial, we know exactly how much grain each animal consumes, and how much weight it puts on, so it’s simple to work out its feed conversion ratio.” 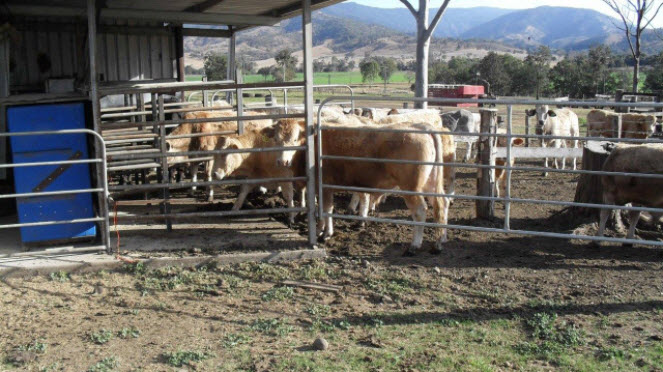 They run about 150 stud and commercial Blonde d’Aquitaine and Blonde d’Aquitaine-Brahman cross (also known as Blondeman) cattle at Rathdowney. Matthew said the farm was able to support that number without having to buy in too much supplementary feed.

He said using rotational grazing and letting paddocks rest had been one of the most successful measures in making the farm more sustainable.

They’ve also worked to improve the pastures and used vetiver grass to stabilise a gully erosion channel on the banks of Running Creek.

It is also important to the family that their cattle convert feed efficiently. To that end, the Arkinstalls, in conjunction with Warren Drynan of Glenapp, set up a feed efficiency test station in 2010.

It is set up so only one animal can eat from a feed bin at any time and an RFID reader is used to scan the cattle’s NLIS number.

They generally run 70-day trials in the facility and during that time, the amount of grain each animal eats is measured and the cattle are weighed every seven days.

Matthew is a computer programmer and he wrote the software that uses those measurements to calculate each animal’s feed consumption.

“At the end of the trial, we know exactly how much grain each animal consumes, and how much weight it puts on, so it’s simple to work out its feed conversion ratio,” he said.

While they have not measured the amount of methane the cattle emit per kilogram of beef produced, Matthew reasons that you would expect animals that put more consumed energy into growth, lose less energy to the environment as methane or heat. What’s more, because they grow and fatten faster, feed efficient cattle can be marketed earlier than less efficient animals, meaning they produce less methane over their lifetime.

“We are breeding from one of the most feed efficient bulls, to get his genetics into as many progeny as possible. He had a feed conversion ratio, or FCR, of 3.32:1 which is outstanding,” Matthew said.

“His calves will also get put through the station to see how they perform, as feed efficiency is thought to be highly heritable.”

In fact, the Blonde d’Aquitaines’ high growth rate was the initial reason the family started breeding them in the 1980s, with their Rathdowney Blondes stud established in 1986. The Arkinstalls sell Blonde bulls mainly to Brahman breeders to improve the temperament and growth rate of the Brahman cross cattle.

“The calves are also great – you generally get the best of both breeds coming through,” Matthew said.

In recent years, they Arkinstalls also worked to improve their herd’s tick resistance by recording cattle that have a lot ticks at dippings, and considering that when deciding which cattle to retain or put on a truck.

The family is also encouraging beneficial insects to help them make their farm more sustainable. They have released two new species of dung beetles on their property, as well as spear thistle gall fly in a bid to control Scotch thistle. The Arkinstalls have also collected some of these beneficial insects from their farm and redistributed them to other farmers.