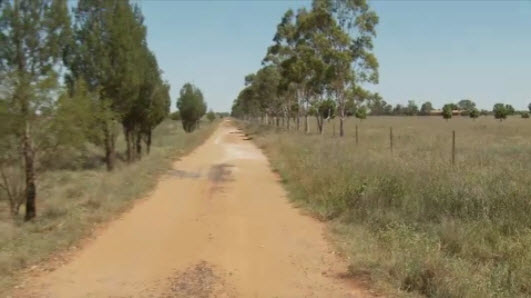 In terms of acknowledging and then responding to climate change, Bruce Maynard has long been ahead of the curve.

As far back as in the 1990s Bruce took a keen interest in the debate that was emerging within agriculture about altered weather patterns and the ramifications of this for not only the environment in general but also his livelihood.

His website might go by the name ‘The Lazy Farmer’ but over the years Bruce and his family have been anything but slow to rise to the challenge of driving productivity and reducing carbon emissions on 1500-hectare “Willydah” at Narromine in Central West NSW.

The Maynards – Bruce and wife Roz and their three children, Liam, Ella and Hannah – have devised a long-term approach based on a whole-of-farm plan that outlines 100-year goals for regenerating the landscape and promoting biodiversity within their grazing system.

Revegetation is a priority for Bruce, who first started using mixed-species plantings of varying densities and layouts more than a quarter of a century ago. Those plantings continue to yield forage and shelter, reduce wind flow and improve recycling of deep soil nutrients.

Over time, native species such as 320,000 individual saltbushes have been introduced, and in 2007 the Maynards planted 70,000 eucalyptus on four per cent of their land, creating an opportunity to trade carbon offset credits to clients including an airline.

The vehicle used in planting plays its part in reducing fossil fuel use. Powered by a solar-charged lithium battery, the side-by-side vehicle is able to tow a seeding unit.

To date the family farm’s reliance on fossil fuels has been cut by about 90 per cent and Bruce said he hoped to one day eliminate their use entirely.

At the centre of this low-input, low-emission philosophy is Bruce’s ‘No Kill’ cropping method, developed in 1996. This involves sowing a forage, pasture or grain crop directly into retained native or introduced pasture.

Bruce’s dry-sown crops are planted behind mobs of cattle or sheep as they are rotated around the property. Disturbance – and therefore weed germination – is reduced, and because no ground preparation is needed, fuel, labour and herbicide use and greenhouse gas emissions are decreased significantly.

The dietary ‘smorgasbord’ of up to 100 different plant species in any given paddock enables livestock to reach peak weight faster, and the soil is healthier as a result of not being treated frequently with agricultural chemicals.

Bruce said there were now at least 18 major themes in play on “Willydah” with the overarching aim of reinstating maximum natural landscape function and reducing carbon outputs while achieving commercially sustainable results.